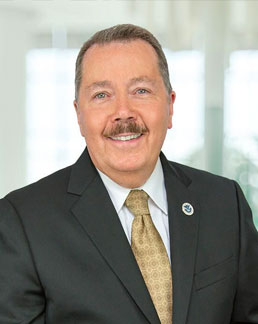 William F. Flynn is the former Principal Deputy Assistant Secretary for Infrastructure Protection with the U.S. Department of Homeland Security (DHS) and currently serves as the Senior Strategic Advisor for Cardinal Point Strategies.

For decades Mr. Flynn has held executive positions in law enforcement where he rose to Assistant Commissioner within the NYPD and worldwide deployments with the U.S. Navy. He has uniquely straddled senior policy and operational issues at DHS and has been at the forefront of building critical infrastructure security and resilience programs, across the United States.

Mr. Flynn brings a vast amount of knowledge, experience and contacts across all 16 critical infrastructure sectors based on his leadership and experience identifying and analyzing the nation’s highest-risk assets and interdependences; coordinating response to major all-hazard incidents; and developing counterterrorism programs and strategies. Among the many successful security initiatives that he created at DHS was the Protective Security Advisor program where he recruited, trained and deployed experienced security specialists across the United States to work closely with State, local, private sector and nongovernmental organizations, to mitigate risk to communities and critical infrastructure.

READY TO TAKE THE FIRST STEP?